“Marriages are made in heaven” and it can’t be truer than this.

A marriage, undoubtedly, is a very special bond – that not only the bride and groom but even their families – share for a lifetime.

For parents, marrying their son or daughter – at the right age – is one of the biggest responsibilities in their life.

As soon as kids start to grow and reach at marriageable age, parents – tirelessly – start to search “the best suitable” match.

Now, there are two cases that – usually – happen:

Case 1: A suitable match – for a boy or girl – is straightaway found without much effort; marriage is fixed and done and everybody is extremely happy.

Case 2: Parents shake heaven and earth, but that “suitable match” never came and all efforts go in vain and the marriage of their son/daughter gets delayed.

If it’s “Case 1” with the family, then there’s nothing to worry about, but “Case 2” is definitely a huge – or shall we say, the biggest – concern for parents and also for the “future” bride or groom.

As time passes by and marriage gets more and more delayed, social pressure, depression, tension, clashes among family members and other immeasurable negative – in fact, very negative – traits start to creep in the family.

Often such families and/or individuals consult astrologers, sages, kundali matching services etc. but – in many cases – even after everybody’s assurance that everything seems great and marriage is on the cards, nothing ever happens.

At such point, one must think about vastu shastra.

Can a vastu defect – in a home – be the cause of delay in marriage?

The answer is a big and bold “YES”. 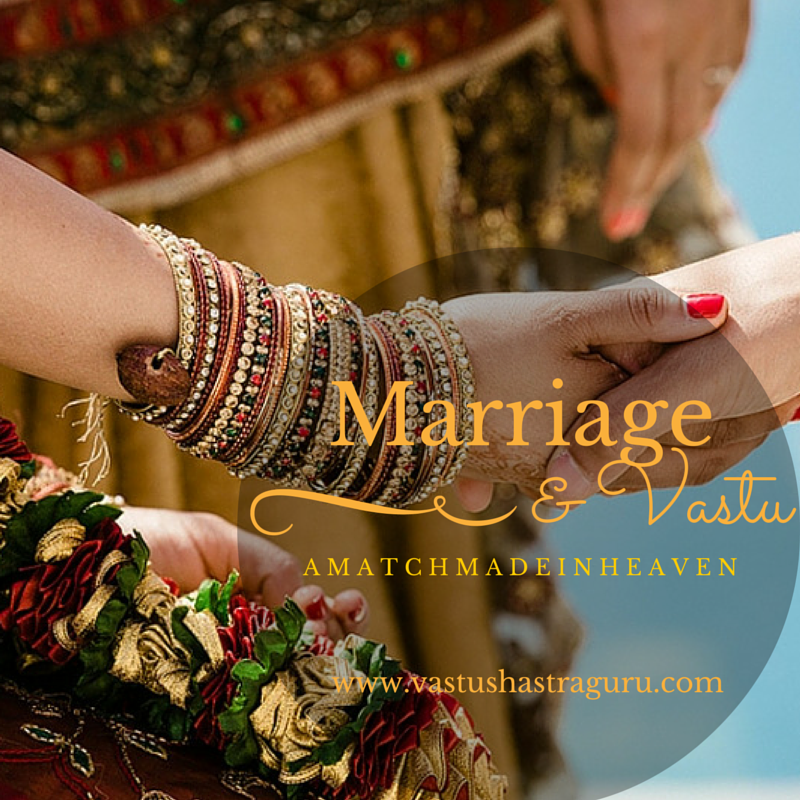 What YOU Are Going To Learn Further:

As per vastu shastra, certain defects in a home, leads to delay in marriage, clashes among husband and wife after marriage, separation and even divorce.

Note that “separation” and “divorce” are two different things.

Separation: A couple isn’t living together but they are still married.

Divorce: A couple is legally not a husband and wife anymore and is “legally” separated.

Whatever it be either, “separation” or “divorce” the root cause of both – in 99% of the cases – is dispute between husband and wife.

Overall, there are 2 things that vastu defects can lead to when it comes to marriage:

Let’s take the 1st point first and understand the things you must avoid, as per vastu shastra, to evade delay in marriage.

A delay in marriage is, as we’ve said, earlier is the biggest concern that parents – may have – once their son/daughter have reached a marriageable age.

There are certain – definite – vastu defects that lead to delay in marriage and you must – obviously – avoid such defects in your home.

Let’s have a look at such vastu defects.

Vastu Shastra and Delay in Marriage – What to Avoid

There are – often – cases when a “hopefully happy” married life is soon transformed into a “sort of” battleground between husband and wife.

As with everything else, here also, there are very certain vastu defects that cause clashes and quarrels amongst couples and it’s a no-brainer that one must – definitely – avoid such vastu defects.

Let’s have a look at such vastu defects that causes quarrels between husband and wife.

Vastu Shastra and Peaceful Married Life – What to Avoid

Having understood the things that you need to – and must – avoid in your home, here’s the list of vastu tips that you must follow for a peaceful married life.

Vastu Tips for a Peaceful Married Life – What to Follow

How to make your bedroom a vastu compliant one

Vastu Shastra Compliant Kitchen – How You Can Achieve It

We sincerely believe that following – and avoiding – the above mentioned points will eliminate the delay in marriage and would definitely help you to live a really peaceful married life.

By the way, the next thing after marriage is to have kids and that adds a whole new meaning to life; hence we suggest you to read our vastu shastra tips for pregnancy/conceiving a child.